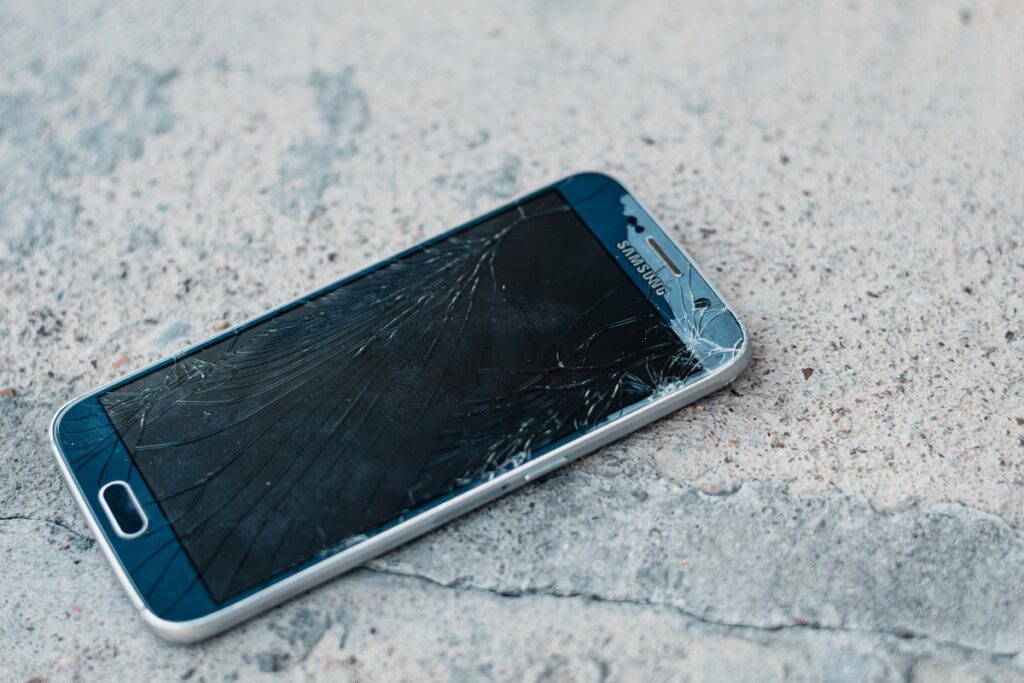 If you claim anything is “unbreakable”, someone is going to prove you wrong. But imagine a world where your mobile phone could be dropped with near impunity!

The day is coming and it has many more benefits than just saving you the cost and inconvenience of repairs.

In Australia alone, a country of 25 million people, some 1,300 smartphones are either destroyed or lost every day. That’s 460,000 phones a year! That’s leading to an estimated $755 million annual repair and replacement cost! The USA population is 15x greater than Australia’s. You do the math.

But putting the dollar cost aside, the greatest true cost may be to the environment. Globally, eWaste is already a massive issue. Unbreakable screens in phones, laptops and even TV’s could have a massive impact on eWaste reduction.

Scientists at the University of Queensland (Australia) have unlocked technology to produce the next-generation of composite glass used in smart phones, televisions, computers and even LED lights.

Chemical engineer Jingwei Hou said the findings would enable the manufacture of glass screens that are both unbreakable and deliver crystal clear image quality.

According to Mr Hou, the glass currently used in phones is very dense and inflexible which is why the break.

To address the breakage issue, he turned to a mineral called perovskite, a calcium titanium oxide crystal.

“So our team of chemical engineers and material scientists then developed a revolutionary process to wrap or bind the nanocrystals in porous glass,” he said.

“This process is the key to stabilising the materials, enhancing efficiency and inhibiting the toxic lead ions from leaching out.

“Perovskites are a very functional material, but because of their sensitivity to almost everything they need to be put into the glass.”

They take a raw material, like zinc, and use an organic molecule that can bind to zinc. They then use mechanical force to turn it into glass.

Millions of tiny holes invisible to the human eye are injected with the nanocrystals and stay protected, wrapped inside.

“By doing that we can stabilise the material and enable it to be used for new products like flexible solar panels, display screens unlike anything you’ve ever seen before, or more detailed medical imaging which would obviously lead to better patient outcomes,” he said.

“It would be the equivalent of upgrading from an iPhone 1 to a DSLR camera.”

The technology is scalable and extendable…

UQ faculty of engineering executive dean Vicki Chen said the technology was scalable and opened the door for many applications.

She called it the “holy grail of solar cell technology” because of its ability to also create and convert light.

“Perovskites can convert light energy into electrical energy, but you can also excite them with electromagnetic radiation — have them emit all kinds of colours, which means you can have all kind of bright displays, using less energy and have incredible colour resolutions.”

He said this would enable them to create mobile phones, TVs, computers and virtual reality imaging that had “stunning picture quality and strength”.

The screen could also be a solar charger…

Dr Hou said their research would also look at a solar panel that converts lights to energy through the nano glass on a smartphone.

“A solar panel converts light to energy [and] a display screen converts energy to light,” he said.

“It may be possible in future to create one material that can do both.

“So it could be showing a crystal-clear image and then when it’s not in use, it would charge the battery, even from indoor lighting.”

Technology expert and Vertical Hold podcast co-host Alex Kidman said the glass in smartphones had gotten much better over time.

“We have had increasingly more robust glass, especially if you are a buyer of premium phones,” Mr Kidman said.

“But even then there is a bit of a balancing act between rigidity — whether or not it is going to smash — and scratch resistance.

“Because the more rigid you make the glass, paradoxically the more likely it is to scratch.”

“A lot of the big phone makers and the way those phones are currently built makes it very difficult to get repairs done by third parties,” Mr Kidman said.

“You usually have to go to them directly or one of their authorised agents. That costs a whole lot more.

“As soon as you drop it, you have a 50-50 chance of it landing on the screen and cracking.”

He said billions were being spent on research and development, and the UQ research had commercial promise if they could “critically scale it up” for low-cost mass production.

“The question is can we make it for a million phones without each of those phones costing a million dollars.”

He also said there was a risk marketing a product as unbreakable.

“Somebody will always find a way to break it.”

But he said the research was exciting for the industry.

“So there is all sorts of added benefits to this … it is one of the reasons there is so much money in it.”

Given the number of devices we all depend on each day, the future looks greener, brighter and, hopefully, cheaper! 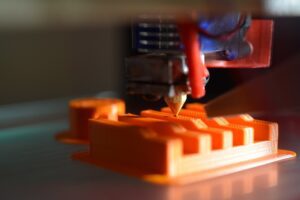 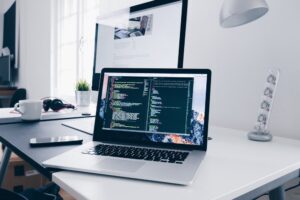