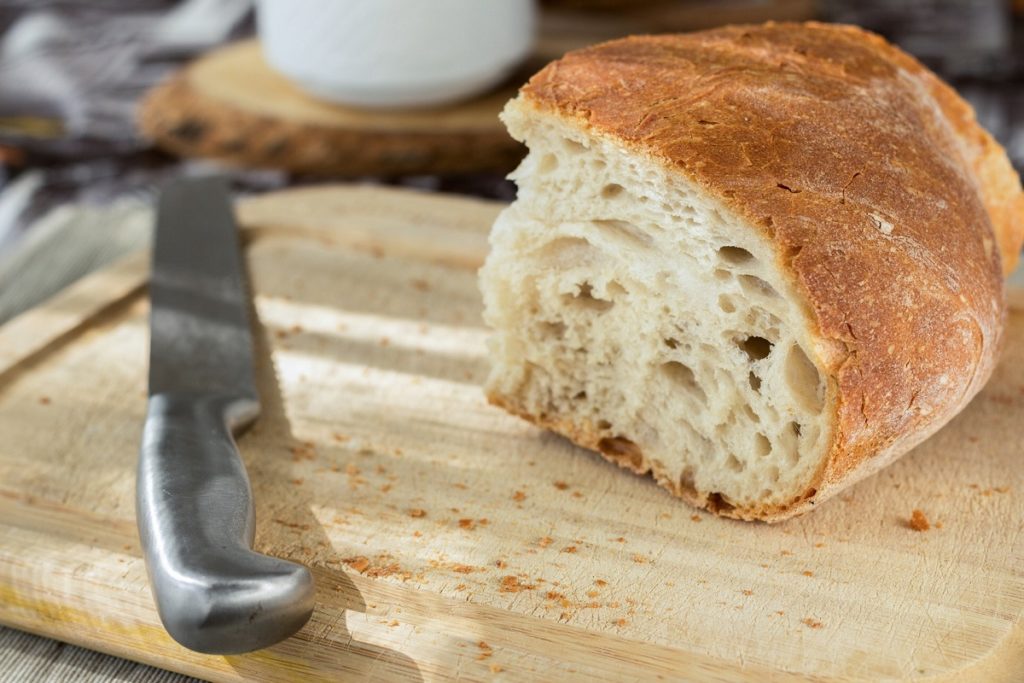 Gluten is one of the most heavily consumed proteins on earth. The substance is what gives bread its chewy texture and permits pizza chefs to toss and twirl dough into the air. Gluten also locks in carbon dioxide, which adds volume to the loaf as it ferments.

Humans have been eating wheat – and the gluten in it – for at least ten thousand years. However, for people with celiac disease, the slightest exposure to gluten can activate an immune reaction that can damage the surface of the small intestine.

Now researchers have developed technology that just might allow people afflicted with the disease to eat food with gluten without suffering painful consequences.

Scientists from Northwestern University have created technology that conceals a bit of gluten in a biodegradable nanoparticle.

When injected into a person’s bloodstream, the nanoparticle appears to the immune system like a bit of harmless debris.  This allows a macrophage – a cell that rids the body of such detritus – to gobble up the particle, along with the hidden gluten.

“The immune system then shuts down its attack on the allergen, and the immune system is reset to normal,” says researcher Stephen Miller, who is a professor of microbiology and immunology.

Miller and his team have already tested the nanoparticle in a clinical trial of people with celiac disease.

The research team provided some participants of the experiment with two intravenous treatments of the nanoparticle. To those in the control group, the team gave nothing.

One week later, the researchers fed both groups gluten for 14 straight days. Each time, they found the group treated with the nanoparticle experienced 90 percent less immune inflammation than participants in the control group.

Miller and his team presented their findings to participants of the recent European Gastroenterology Week conference held in Barcelona, Spain. “This is the first demonstration the technology works in patients,” says Miller.

The researchers have so far only tested their system in humans to combat celiac disease. They believe they could eventually treat peanut allergies, multiple sclerosis, type 1 diabetes, and a host of other health issues all with the same technology.

“Celiac disease is unlike many other autoimmune disorders because the offending antigen is well known – gluten in the diet,” says Dr. Ciaran Kelly of Harvard Medical School, who presented the team’s findings in Spain. “This makes celiac disease a perfect condition to address using this exciting nanoparticle-induced immune tolerance approach.”

Until about a decade ago, ninety-nine percent of Americans rarely seemed to give gluten much thought. Today, nearly 20 million people in the US are convinced that they experience distress after eating products that contain gluten.

There is something seriously wrong about these claims. After all, a healthy, well-balanced meal is key to achieving good health.

Do you avoid gluten? If so, what do you think of this new technology?

PrevPrevious PostYes, Big Brother is Watching: VPNs and Why You Need Them
NextThe Curious History of the Microwave OvenNext