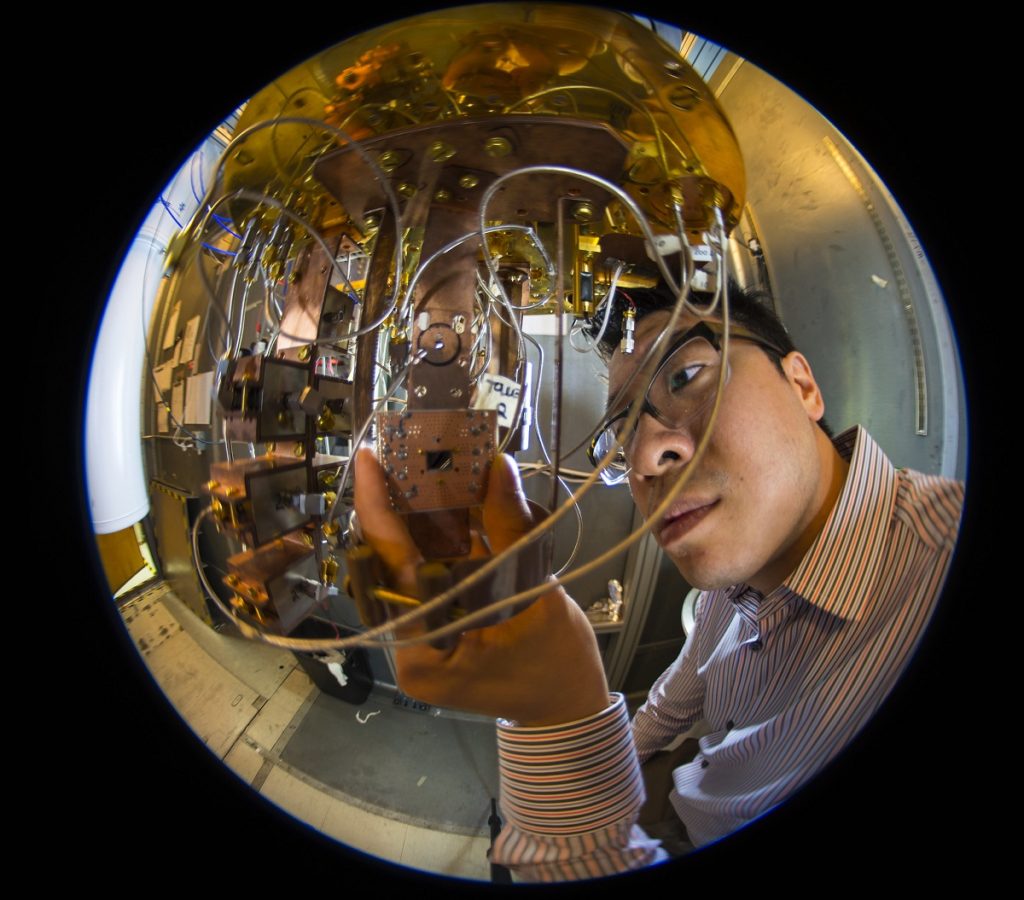 Google has made history, or so it claims.

The tech giant has announced that it has achieved a long-anticipated milestone known as “quantum supremacy.”

“In reaching this milestone, we show that quantum speedup is achievable in a real-world system and is not precluded by any hidden physical laws,” Google’s researchers say in a paper published recently in the prestigious journal, Nature.

The subject has been on the mind of Google CEO Sundar Pichai lately.

“The real excitement about quantum is that the universe fundamentally works in a quantum way, so you will be able to understand nature better,” Pichai told the MIT Technology Review recently.

Not surprisingly, the announcement has occasioned both doubt and debate in the highly competitive world of new technology.

Equally unsurprising, the main argument against Google’s claim comes from a rival company, IBM, which has been trying to build its own quantum computer.

In a paper posted online, IBM provides evidence that the world’s most powerful supercomputer can nearly keep pace with Google’s machine.

What’s the Fuss All About?

Most experts interpret quantum supremacy to mean the moment a quantum computer performs a calculation that – for all practical purposes – a classical computer cannot.

Ordinary computers perform calculations using sequences of bits composed of ones and zeroes. Quantum computers encode information using quantum bits, or qubits, which behave according to the peculiar laws of quantum mechanics.

The technology involves matters of national security, as well. Some argue that quantum computers could break traditional internet security programs or other codes.

“Google achieving quantum computing is a huge deal,” says US presidential candidate, Andrew Yang. “It means, among many other things, that no code is uncrackable.”

Google’s claim to quantum supremacy rests on a rather arcane experiment. The company’s researchers used a quantum processor code-named Sycamore to prove that the figures pumped out by a random number generator were indeed truly random.

The team worked out how long it would take Summit, the world’s most powerful supercomputer, to perform the same assignment.

Summit occupies an area the size of two basketball courts at the Oak Ridge National Laboratory in Tennessee.

The results of Google’s calculations showed a dramatic difference in performance between the two machines.

While Google’s quantum computer completed the task in 200 seconds, Google’s researchers say Summit would need 10,000 years to do the same thing.

This is where things get a little tricky. IBM maintains that Google has exaggerated its claim, saying that Summit could just about match Google’s quantum machine.

“We argue that an ideal simulation of the same task can be performed on a classical system in 2.5 days and with far greater fidelity,” says a team researchers from IBM. “This is in fact a conservative, worst-case estimate, and we expect that with additional refinements the classical cost of the simulation can be further reduced.”

So this is the core of the disagreement between Google and IBM: “Do two-and-a-half years constitute a ‘practical’ timeframe in computer technology?”

Some experts think so, at least in this particular instance. “IBM’s claim looks plausible to me,” Scott Aaronson, a professor at the University of Texas at Austin, told the Atlantic.

However, even Aaronson says that’s not the point. What really counts is that Google’s machine solves a computational problem in an essentially different way than a binary computer.

“It’s not an everythingburger, but it’s certainly at least a somethingburger,” says Aaronson.

In fact, the technological implications of Google’s experiments are enormous. Every time the company’s quantum computer grows by even a single qubit, a classical computer will have to double in size to keep pace.

“It’s a great scientific achievement,” says Chad Rigetti, founder and CEO of Rigetti Computing, which is developing its own quantum computers. “Google called their shot.”

Useful quantum machines are many years away – and the technical hurdles are formidable. Even then, experts say quantum computers will probably beat classical computers only at certain tasks.

This chapter in technological progress reminds us that not all scientific revolutions arrive like thunder. Quantum supremacy, in particular, requires more nuance and sophistication than fits in a headline, as IBM’s argument points out.

“My answer on that would be, it is a technical term of art,” says Pichai. “People in the community understand exactly what the milestone means.”