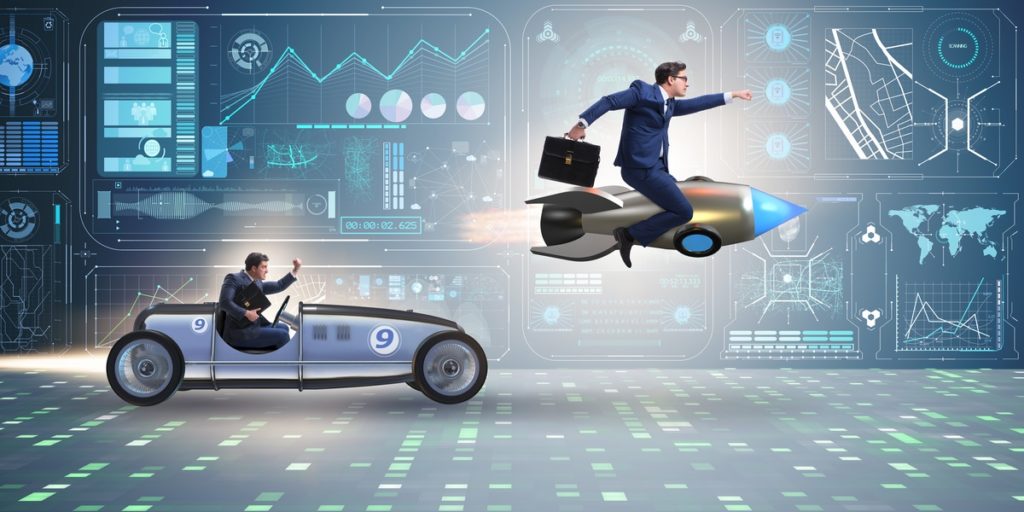 We’ve done a few posts on autonomous vehicles, drones, flying ‘cars’ and even the world’s safest small airplane, exploring the future of transport. But what is the reality? Will any of these ever play a part in urban life? In this article, two leading academics from The Queensland University of Technology, one of the worlds great technology innovators, look at the potential and the pitfalls…

Uber has shaken up the taxi industry and is trying to put driverless cars on our roads. Now the company aims to have flying ride-sharing vehicles in our skies by 2020.

Uber is not alone in working towards flying cars. But is this realistic, or just marketing hype?

To many of us, the concept of flying cars is synonymous with the future, just like silver jumpsuits and gourmet food in the form of a pill. Those dreams have not yet materialised so what about flying cars?

How is this a car?

The classic idea of a flying car was just that: a car that could somehow fly.

Filmed in the 1940s in Italy, a propeller driven
automobile that flies makes its first test flight.

In fiction, the author Ian Fleming was a fan of flying cars, writing his novel Chitty Chitty Bang Bang around the concept in 1963. He also included a flying car in his James Bond novel (1964) and subsequent film, The Man with The Golden Gun. These concepts are based on a car with wheels that can drive on the road but is also capable of flying when required.

Science fiction writers and directors have often dispensed with the need to have future vehicles ever drive on the road. Instead, the “cars” are simply small aircraft such as the one Anakin Skywalker used in the Star Wars film Attack of the Clones.

The recent flying car announcements vary in type from single-seat, multi-copter drone-type aircraft, to road-style cars that turn into light aircraft and small flying boats that hover above the water.

It would appear that almost any small flying vehicle capable of transporting a person is now referred to as a flying car. But clearly they are really just a kind of small aircraft.

How safe would flying cars be?

Any potential passenger will want to know: “How safe is this contraption?”

The likely answer right now is “not very safe”, as with all early-stage technology. Companies are working feverishly to make their aircraft “safe enough” in the hope of convincing regulators and governments that the vehicles can be entrusted with human lives.

But there are incredible safety challenges. One of the biggest is what to do when things go badly wrong.

With a normal car, you can often just slow to a halt and stop. But a flying car might fall out of the sky, killing not only its occupants but potentially bystanders too.

The Chinese company Ehang is proposing to equip its flying car service in Dubai with a parachute. This service will apparently take a single occupant from the roof of one Dubai skyscraper to the roof of another.

Should the parachute deploy, it is not clear whether the vehicle will have any way to control where it lands, or how safely.

In the existing aviation industry, much of the mechanics of flying is automated. Given the challenges of a person flying compared to driving a car, and the efforts to reduce human error in aviation, there is even more likelihood of flying cars becoming automated so that no human pilot is needed.

But there will be differences between existing aviation practice and flying cars. Passenger jet air travel owes much of its impressive safety record to improvements in aircraft maintenance procedures and our understanding of failures. It is unlikely that the business case for small flying cars will allow for such rigorous practices.

Instead, flying cars will be less complex than modern jets, and the latest demonstrators show exactly that.

The use of large numbers of small electric motors, such as in the Lilium all-electric aircraft, reduces the maintenance complexity drastically. It also provides an inbuilt measure of redundancy in case one motor fails.

How fast, how far?

Wouldn’t it be great to avoid the traffic and public transport congestion of our major cities? We think so.

For example, it currently takes 23 minutes to drive the 19km from our offices in Brisbane to the domestic airport, when traffic is freely flowing.

If we could fly from our office roof (and there is a pad on our roof that is ideally suited to deploying a flying car), the trip would only take 8 minutes.

We’d get a double boost, first from flying at an average speed of (say) 100kmh, and second by taking the straightest path, a mere 13km.

Of course it may be that authorities mandate that we stick to flight corridors reserved for flying cars, so a direct route is not always an option. These corridors may be strategically located over low-risk areas of land that have minimal population.

There are lots of things about flying cars that are hard, but some problems may become easier.

There is a lot more space available for cars when you when you have access to three dimensions for travel, as long as the navigation challenges are solved.

Using the several hundred metres of space above the ground means you can potentially have a lot less traffic congestion. You also don’t need to build and maintain expensive road infrastructure.

For self-driving flying cars, moving into the sky actually makes some aspects of planning and traffic control easier.

It is too early to know how the economics of flying cars will work. Given the huge regulatory hurdles, the safety issues to overcome, and the lack of special infrastructure to support flying cars (such as take-off and landing areas and charging points for the all-electric aircraft), it is difficult to estimate what a trip should cost.

The current non-flying car ride-sharing companies such as Uber appear to be operating at a massive loss.

The price paid by the consumer in an Uber vehicle is reported to be on average less than half the actual cost of the trip, but the company is hoping to recoup some of these costs by implementing driverless cars. Given that there’s even more chance that flying cars will be driverless, maybe the economics will be favourable.

What would a consumer be willing to pay to possibly get to their destination in half the time? There’s at least one famous historical example in Concorde that posed that same question, and had safety issues. Sadly, its supersonic passenger flights are not available any more.

How long the before I can fly to work?

There is still so much to do before flying cars can become common. The technology has come a long way, mainly due to the rapid development of drones. But the technology of the flying machine itself is just one part of a very complex system.

Like ground-based self-driving cars, it’s likely that if they ever happen, flying cars will occur in certain priority areas first. Imagine a cheaper but still expensive option for high-level executives, such as the Dubai proposal.

For the rest of us, we may already be walking around in silver jumpsuits and eating meals in a pill before we get to ride in a flying car.

This article was originally published in The Conversation