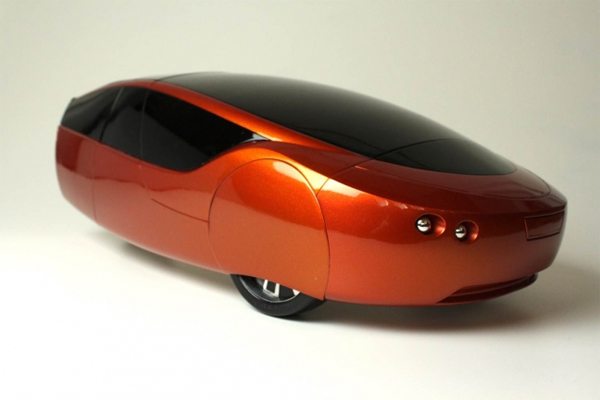 Print Your Own Future

Last week I wrote a post about how 3D printing was being used to make cheap and practical prosthetic limbs. Whilst that is undoubtedly the best application of the technology I’ve seen so far when it comes to a practical and inspirational use for the relatively new technology, 3D printing is really shaping up to be the next big thing when it comes to world changing ideas.

Print your own car:
Take this, for example – an automotive design firm, Kor Ecologic, is nearing the stage where they can enter into full production of their 3D printed electric car, the Urbee II. Of course, electric cars aren’t anything new – pretty much every automotive manufacturer worth their salt has an electric car either on the market or on the drawing board – but the 3D printed Urbee II brings with it some distinct advantages.

The 3D printing process allows Kor to make an extraordinarily lightweight vehicle. The completed car weighs in at only 544kg. What this means is that the electric engine doesn’t have to drag around a heavy chassis.  This leads to better performance and far greater battery life between charges. The nature of the vehicle also means that replacement panels and parts can be made to spec instead of having to be specially ordered.  This has the potential to make repair a faster and cheaper prospect.  Panels do not have to be stored or transported long distances from manufacturer to repairer.  Instead, the repair shop will print the panel insitu!

As interesting as it is, the Urbee II has a definite down side. As it stands, the car costs around $50,000 USD to make. It might still be quite a while before we can practically print our own cheap vehicles, but the Urbee II is definitely a step in the right direction.

Print your own home:
If cars aren’t enough for you, how about a 3D printed house. The horrifying image you see above that looks something like a dinosaur skull made out of spider webs and nightmares is the ProtoHouse, a 3D printed dwelling designed by UK design firm, Softkill.

The ProtoHouse is designed to be fabricated by a process known as Selective Laser Slintering (SLS).  It’s made from nylon and the design is based on the structure of bone, making it strong, flexible and lightweight.  As you can see from the image, the structure is porous but has been designed so that waterproofing would be added to the interior. Softkill say that an average 8m x 4m dwelling could be fabricated in the space of just a few weeks and after that the kit can be snapped together in a day.

If you’re still not convinced about 3D printing, maybe you should check out the following video by PBS.  In it, they talk to a number of scientists, journalists and entrepreneurs about the potential of the technology and how it can change the world.

You can find the video right HERE

The next reality – 4D printing:
And if that’s still not enough for you – or you’re as hooked as I am,  check out this TED (Technology, Entertainment and Design) talk about the potential of 4D printing – the ability to make create 3D printed objects capable of constructing themselves once certain conditions are met. Imaging being able to send a machine down to the ocean floor that can create a lab that will make itself when exposed to enough water and pressure, or sending up a rocket with a self constructing moon base. The possibilities seem almost endless.

You can find out more about this staggering new technology HERE

Thanks for joining me.  Have you seen 3D printing in action?  Share your thoughts on what you see as the potential for this technology by commenting below.