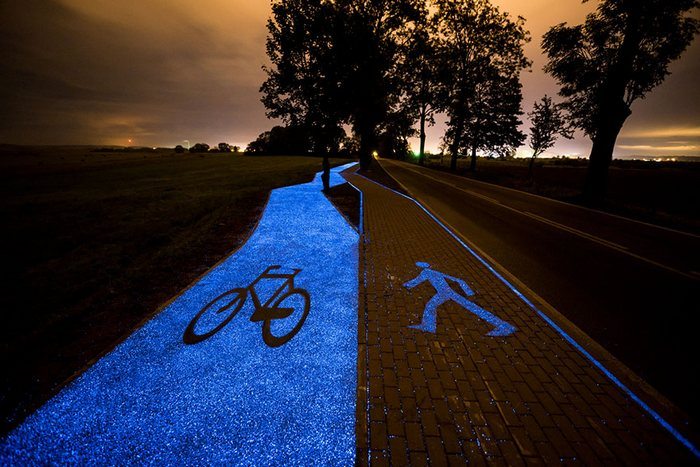 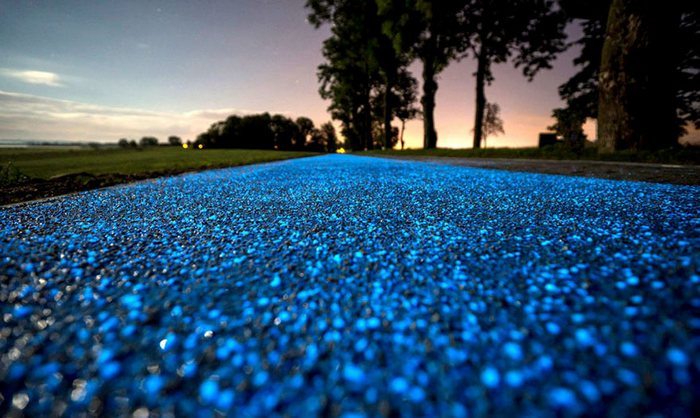 Bicycle paths around the world are usually set along scenic routes, but Poland raised the bar when they unveiled their beautiful solar powered glow-in-the-dark bicycle lane in the town of Lidzbark Warminski. 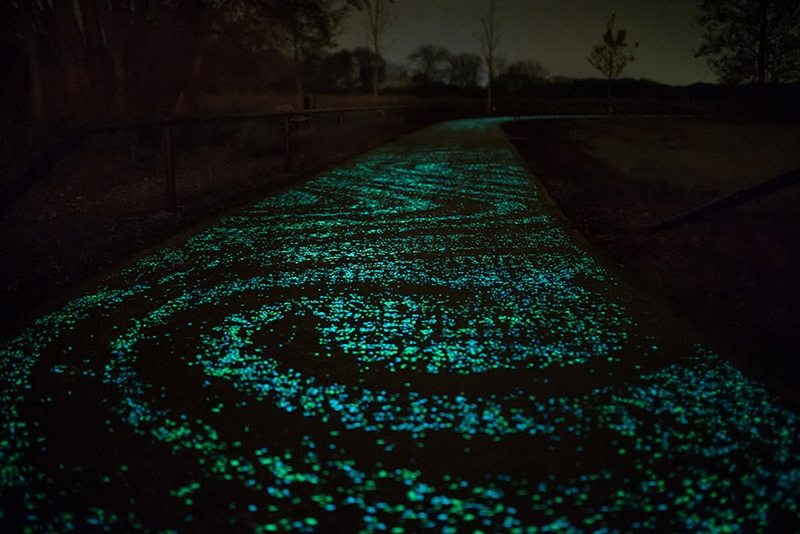 The rising popularity of cycling as both a hobby and a sport has paved the way for cities to provide bicycle lanes for enthusiasts – for safety reasons. And Poland’s glowing bicycle path is no different; it’s illuminated to make it safer and accessible to those who prefer to pedal around after sunset.

The path was built by TPA Instytut Badań Technicznych Sp. z o.o. It’s not the first of its kind though, as it was in fact inspired by the Starry Night glow-in-the-dark bicycle path designed by Studio Roosegaarde in the Netherlands in 2014.

But unlike the latter, which is lit by solar powered LEDs, Poland’s bicycle path does not require an external power source.

What makes this luminous blue lane glow are the crystal-like phosphor particles called luminophores. These are charged by sunlight during the day and glows in the evening for up to 10 hours.

Cyclists can enjoy the scenery around it during the day and the beautiful glowing bicycle lane in the evening. It’s crystal blue glow shines like stars in the dark sky, only it’s on the ground – and what a stunning sight it is. 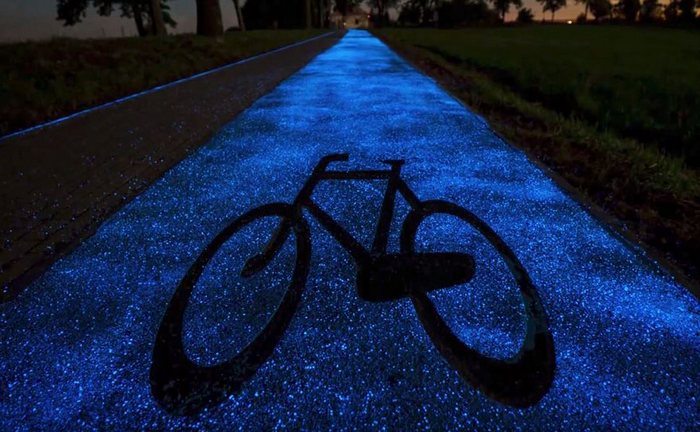 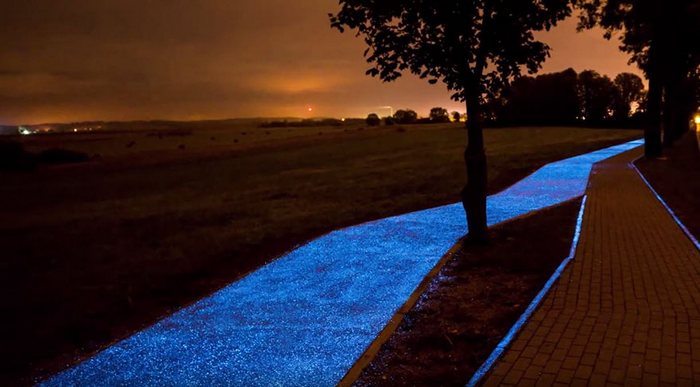 As of now, it’s still on its testing stage, where the wear and tear is still being observed. But who knows, this bright idea just might prove to be sustainable and consequently replicated all over the world. For sure cyclists are loving the idea already!

Would you like a glow-in-the-dark bicycle path in your part of the world?